Blurbs: What people are saying...

"This is a fascinating book about a fascinating man. Snake people are special and the greatest of them, like Ditmars, are inspiring in their devotion to one of the most extraordinary forms of life on this planet. He describes his respect for snakes as having 'a religion all his own' - and nobody was more devout." 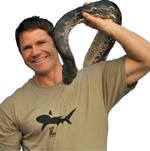 "There is perhaps no snake that so captures the imagination as the bushmaster, creature of myth, a real life dragon in serpent form. This quest to find one in the wild is a personal odyssey driven by fascination, and an intriguing read for any herpetologically-minded wildlife fiends." 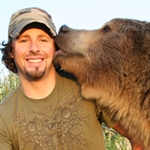 "Bushmaster proves that a passion for all that is wild is exceptionally contagious. Ditmars’ adventures provided the spark that fueled Eatherley to write this compelling book. That flame will ignite a powerful untamed spirit and desire in all who experience this work of art."

"This is an engrossing look at Raymond L. Ditmars, herpetologist extraordinaire and an inspiration to many. He has been brought back to life through Dan Eatherley's impeccable writing and practiced eye. A great read." 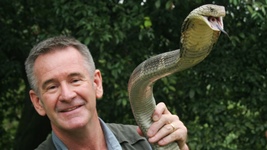 "The world's greatest snakehunter, his quest for a legendary serpent and a modern Boy's Own Adventure. Three stories elegantly intertwined in Bushmaster. Beautifully written and meticulously researched, I'm sure like me you won't be able to put it down." 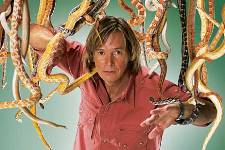 "Bushmaster is a skilfully entwined work combining the author’s own journey of discovery while shadowing the footsteps of one of the world’s most celebrated herpetologists and early pioneers for the conservation of reptiles. At the same time, a fascinating history of the early evolution and modernization of the Bronx Zoo, and herpetology in general, is revealed, as recorded through the observations and writings of Ditmars during his many years of employment with the institute where he strove relentlessly to arouse public awareness to the plight of the cold-blooded species with which he was so obsessed." 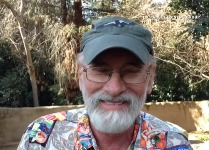 "Bushmaster is a wonderful read. Raymond Ditmars' quest for the elusive snake is chronicled in an easy to read format and is a story that many interested in snakes are familiar with. I highly recommend it for any naturalist library." 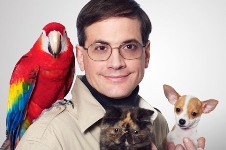 "I picked it up and read it from start to finish without putting it down. I have always admired Ditmars and appreciate all the research and hard work you put into this book and you blended nicely the natural history facts into the story. ... I just thought you would like to know how much I enjoyed it and I could not find one thing wrong with it." 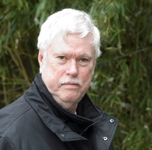 "It is striking that a considerable number of persons can trace their developing interest in herpetology back to their adolescent days reading the many books by curator Raymond L. Ditmars from New York Zoological Society. Those of us who have worked with bushmasters in the field and captivity feel fortunate to have had this wonderful opportunity. These magnificent creatures are unforgettable, the largest, most beautiful, and most compelling venomous snake in the New World. Author Dan Eatherley has captured their essence and the nexus with Ditmars—unearthing a plethora of new information about one of our famous and most productive herpetologists." 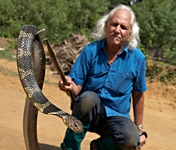 "When I was a mere stripling my mother bought me Snakes of the World by Raymond L. Ditmars. My innate fascination for snakes soared to the skies with this book. But I never did realize what an incredible character Ditmars was. In Bushmaster Dan Eatherley brings to life this enigmatic hero to uncounted, obsessed herpers."

"Ditmars was and is still today the person I would say influenced me the most.  I just got your book.  I was so excited when I heard about it.  I wish I'd written it!  I'll happily settle for reading it and gaining new insights on my hero. You've done a tremendous service for the history of herpetology, and for me personally as a herpetologist."

"I read your book and found it most enjoyable. Well done. Like many herpers of my vintage, I cut my teeth on Ditmars books."

Clyde Peeling, Director, Clyde Peeling’s Reptiland, Pennsylvania, USA
"...Dan Eatherley sounds like the sort of person I would want to go to the pub with!"
(University of Exeter, UK)